I want to write how I would use packwerk because we might use at work (Doctolib) and with the goal to contribute to packwerk’s documentation. 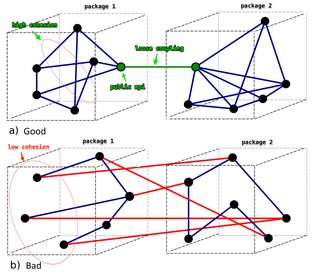 Let’s say you have Rails app. It’s growing fast and it starts to be difficult to know what each controller action is doing for instance.

You might be already doing model and controller concerns, services, factories, etc.

But it’s not enough, any part of your code has access to any class in the whole codebase so it starts to be difficult to make changes.

Packwerk will allow you to split your codes into components (packwerk calls them packages).

There will be privacy: the component will only have it’s public classes accessible.

There will be dependencies: the component can only use a defined set of public classes.

In your Gemfile, add:

In my case (I’m testing packwerk on a personal project before trying it at work), I had a service that could easily be a package, called EventFilter, it takes an user and a list of events and returns a filtered list of events.

So I created the directories:

It makes sense, because we are using the Event class but it’s not defined in our dependencies

It will add components/events_filter/deprecated_references.yml with:

Now you can run packwerk check and everything is good:

We just added a dependency, that could try to remove if it doesn’t make sense.

The idea of packwerk update-deprecations is to “stop the bleeding” so that you can migrate to isolated components and then work to make them more isolated during refactoring.

You will also need to add components to your autoload paths, in config/application.rb:

Your components can have private class files to handle your logic (outside of app/public).